You are here:
Darwen MarketEventsInsider's Guide 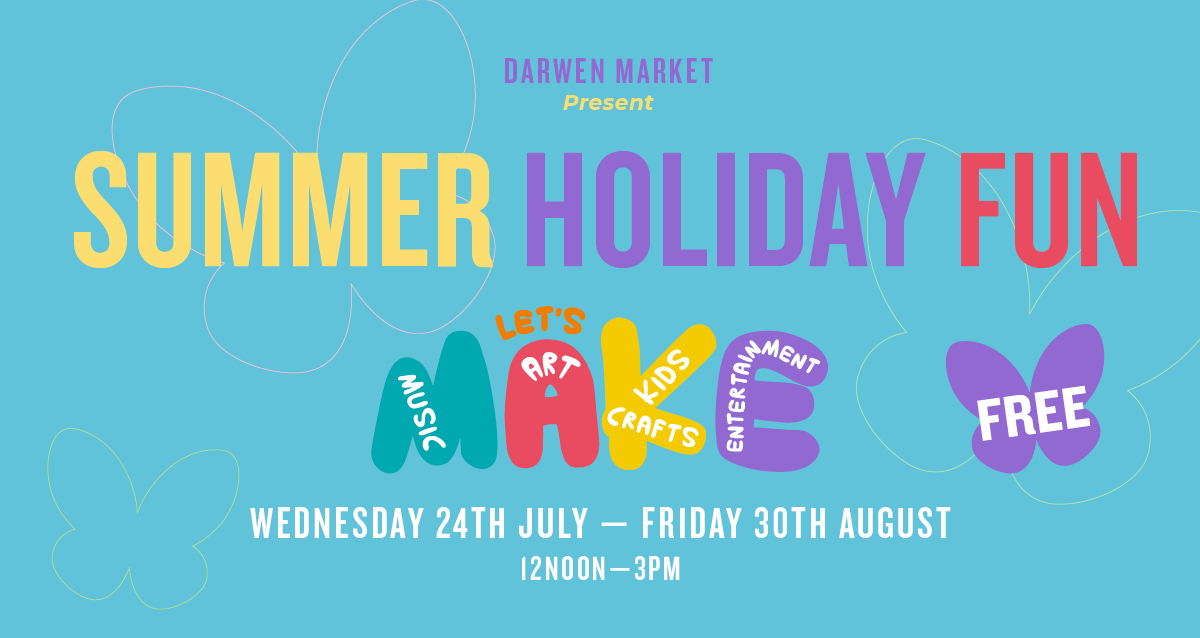 Let’s Make is back for the summer holidays with a free ‘Summer Fun’ events programme! This popular programme of free family fun offers everything from face painting and crafts to theatre and story telling.

Here’s the line up of events:

12pm-3pm Friday 30th August
Darwens Got Talent! Can you sing? Dance? Then come along and show us your talents. Prize for best act.

Darwen Food Festival Is Back This October!
17th September 2019

Meet The New Deli Carlo Owners
15th August 2019
Recent Posts
Categories
Go to Top
This website uses cookies to improve your experience. We'll assume you're ok with this, but you can opt-out if you wish.Accept Read More
Privacy & Cookies Policy
Necessary Always Enabled