You are here:
Insider's GuideNewsRedevelopment 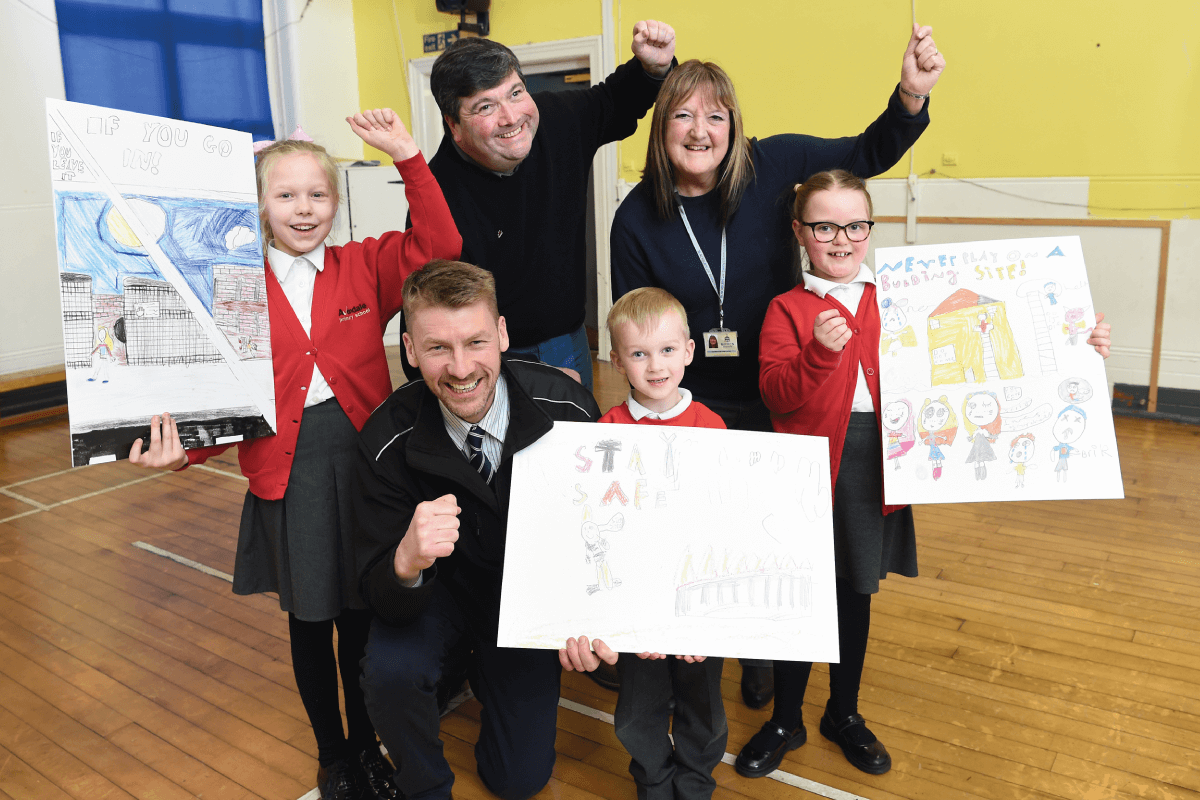 As part of their effort to promote health and safety Eric Wright Construction have been working with Avondale Primary School and challenging them to design site safety posters.

Young people at Avondale Primary School have been putting their artistic talents to good use by entering a competition to create health and safety posters for the construction site in Darwen Market Square.

The competition took place following a series of Health and Safety classroom sessions held by Eric Wright. The theme was how to be safe on construction sites; what to do and what not to do.

The winners were recently revealed at a special assembly attended by Greg Brett, Senior Project Manager with Eric Wright Civil Engineering, Councillor Jane Oates from Blackburn with Darwen Borough Council, pupils, staff and parents. Following the winners being announced at school, the winning posters have been printed and can be seen around the site, encouraging everyone to stay safe on and near construction sites.

“The effort that had gone in to all the posters was brilliant, so a well done to everyone who took part. Special congratulations to all the winners; not only do the posters look fantastic around Darwen Market Square but they are also helping to keep people safe.”

“Following our Safe Play At All Times (SPLAAT) presentation and competition at Avondale Primary School in Darwen, we were very impressed with the fantastic safety posters designed by the children.  The four winners selected each received a £10 book token and copies of their winning designs have been made into large posters to be displayed on our site hoardings.  Thanks again to all the teachers and children at Avondale Primary School who took part – Well done!”

As part of the scheme, the Council and Eric Wright have made the commitment to support the local supply chain, support careers education and information and commit to curriculum development in local schools and colleges.

Non-essential retailers are back in Darwen!
12th April 2021

Calling all Darwen singers! Could you be The Voice of Darwen?
16th February 2021

The Season of Goodwill in Darwen
22nd December 2020