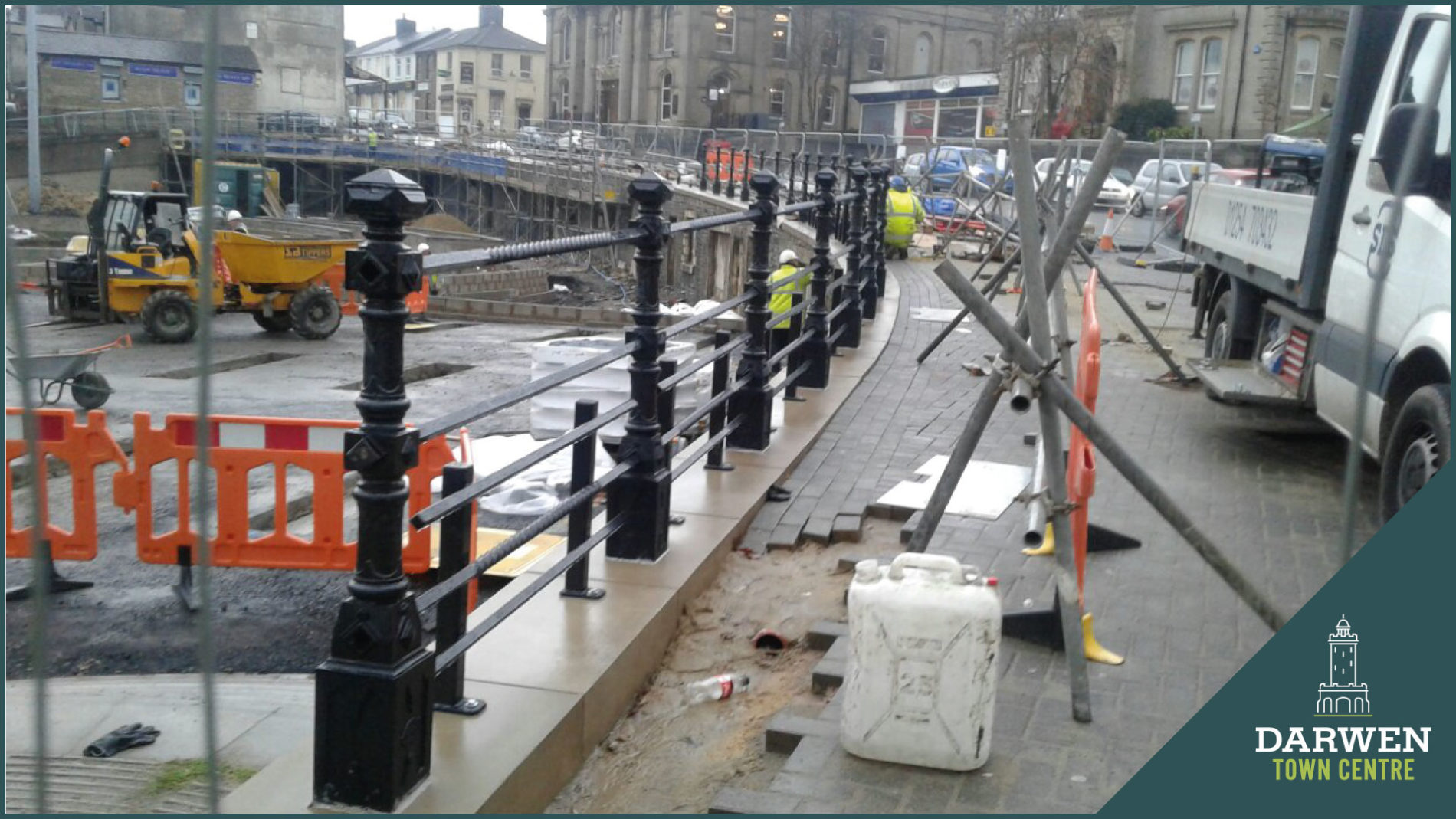 Darwen’s iconic Railings, thought to be around 100 years old, situated on Railway Road were removed several months ago and have been safety checked, carefully restored and are currently being reinstalled.

Some of the railings have not stood up to the test of time, and therefore were not in a position to be put back in place. A specialist cast has been created; enabling new replica railings to be produced that will sit seamlessly alongside the old ones.

“There has been a lot of interest in the railings; where they had gone and what had happened to them. We are pleased to let people know, that those that can, are being reinstalled following a refurbishment. The replacement railings will be added in for those that were no longer fit for purpose.”

The Darwen Market Square redevelopment has been underway since June 2018. Blackburn with Darwen Borough Council is investing £1.5 million in the future of Darwen Town Centre by creating a fantastic public space right in the heart of the town.  Artist Liam Hopkins is working with the team to deliver some unique public artwork for the square. This has been developed following community engagement activity. Plans for the artwork are likely to be made public early in the New Year. The scheme is currently on schedule to complete in February 2019.

“Work is progressing well and we are pleased to see the restored railings back in situ. Whilst disruption is being kept to a minimum, we are aware that the works have impacted on certain events and activities.

We thank people for their patience and hope that, as it is beginning to take shape; people can see that it will be worth it in the long run. We would also like people to consider shopping locally this Christmas and supporting Darwen’s fantastic independent traders.”

Calling all Darwen singers! Could you be The Voice of Darwen?
16th February 2021
Recent Posts
Categories
Go to Top
This website uses cookies to improve your experience. We'll assume you're ok with this, but you can opt-out if you wish.Accept Read More
Privacy & Cookies Policy