You are here:
Insider's GuideNews 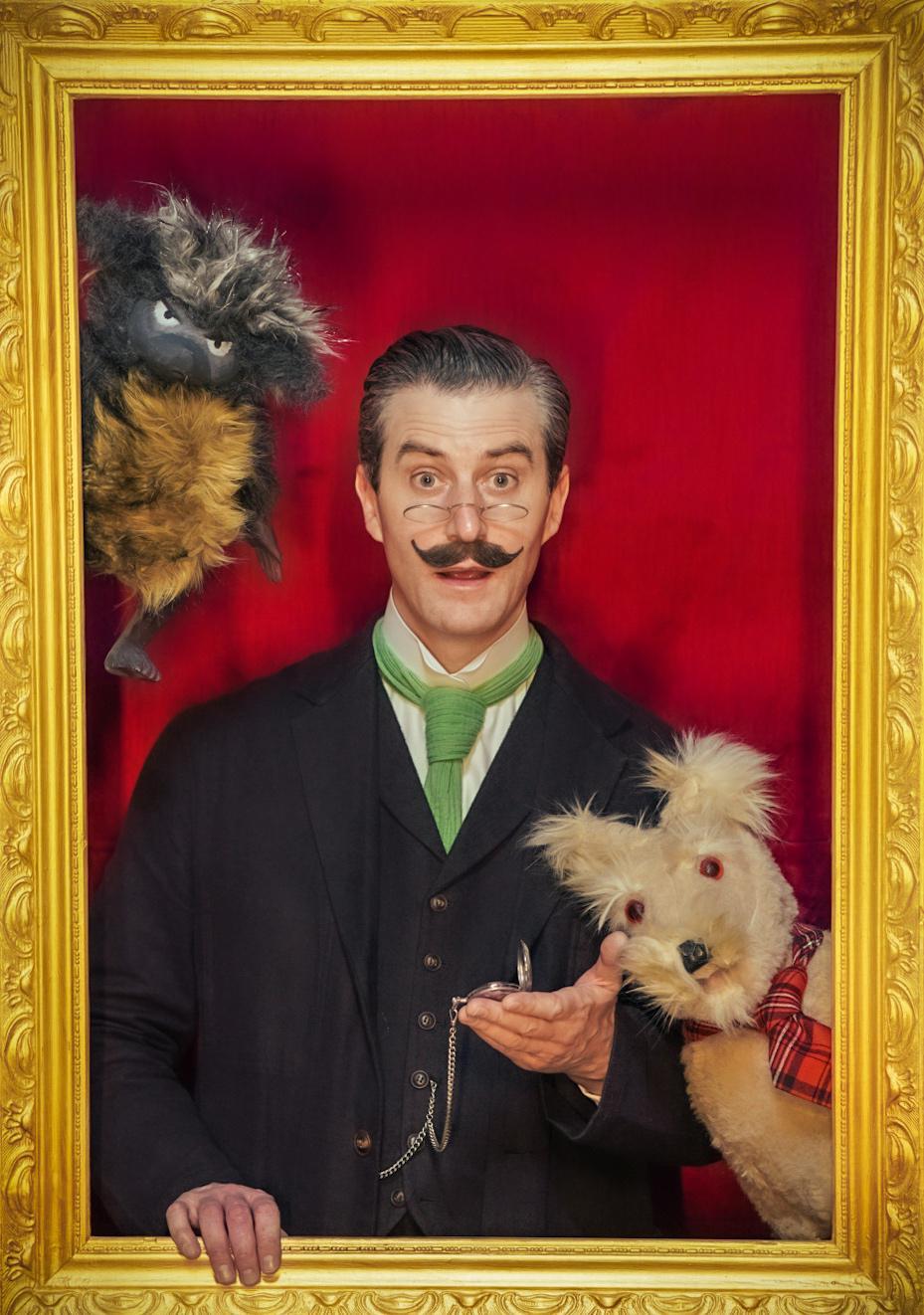 Beggars Belief Collective describe themselves as “a ragtag gang of makers, artists and creatives based in Darwen.” Based at Darwen Library Theatre, the collective is a collaboration between performers and theatre makers, Guy Hargreaves and Nicky McRoy, and Darwen based renowned sculptor and artist, Marjan Wouda. 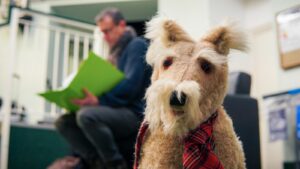 Carnegie at the first read through

Their latest work, Three Loud Knocks, is a series of three wonderfully immersive fifteen minute films, all celebrating Darwen’s rich history. Characters and storylines (that are almost too good to be true) are brought to life with diverse elements woven together to form a uniquely enchanting style. The elements include puppets, animation, music and more, with the art details created by Marjan and Guy. 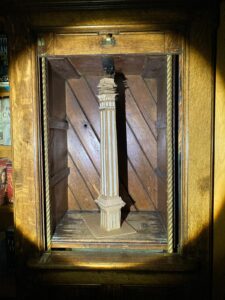 The first episode focuses on the history of Darwen’s grand Carnegie library, the second is about Darwen’s abundant football history, and the third and final episode depicts the stories behind the iconic India Mill Chimney. It stars Guy Hargreaves as friendly ghost, Mr Pomfret, (inspired by the real Mr Pomfret who was the library’s first librarian), plus his puppet companions, Carnegie the cheeky dog by Paul Barnhill, and Klever Kaff the singing hedgehog, inspired by Kathleen Ferrier, and it’s narrated by the comforting voice of Michael Hoskinson. All episodes were research and written by McRoy, who is also the voice of Klever Kaff.

Three Loud Knocks’ digital producer is Stephie Jessop, whose creative skills have helped the group to market themselves and the series online, so that as many families as possible can enjoy it, and learn more about Darwen’s history.

We caught up with Marjan and Nicky last week to chat about the inspiration behind the series, and its unique style.

Interestingly Guy, Nicky and Marjan are all “adopted Darreners”, having moved to the town around twenty years ago. Nicky told us how she was immediately taken with Darwen’s beautiful architecture, including the library, original leisure centre and market hall, plus the history which is all around us in Darwen. 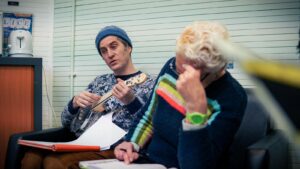 Marjan commented how echoes of the industrial revolution are everywhere you look in the town. Our countless Victorian terraces, mills and factories all exist happily in the modern day, while carrying the weight of many years and lives within their foundations. The buildings in Darwen have endured through immense change, from the heart of the brutal yet prosperous Victorian era, to the digital world of today. You only have to dig a little deeper, and history is all around you. Underneath the tarmac, are the cobbles of yesteryear.

A key motivation for Three Loud Knocks was uncovering this history and the stories of Darreners of the past. When we live our busy day to day lives, going about our business and usual routines, it’s easy to become nearsighted and fail to see the beauty and heritage of our streets and landmarks. Three Loud Knocks places this heritage to the forefront, and makes it fun and human – as our ancestors were normal humans just like us! 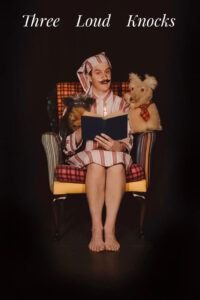 Beggars Belief Collective aims to encourage storytelling and the nurturing of history within families with Three Loud Knocks, so that local tales are passed down through the generations. Real stories are often better and more wacky than fictional ones after all! And for a relatively small place, Darwen has some pretty big history. From being the first place in the UK to have a steam tram system, to being a pioneer for English professional football – we have plenty to research and celebrate.

The style of Three Loud Knocks was heavily influenced by children’s television programmes such as Bagpuss, Jackanory and Play School. These inspirations are blended together to create an enchanting bedtime story that’s a feast for the eyes and ears. After living in a heavily digital world for well over a year now, due to how the pandemic took everything online, the low fi, nostalgic feel of Three Loud Knocks is refreshing. The project was originally going to be a live video situation, but the television show style makes it evergreen, and it’s something that we believe Darwen families can enjoy for years to come.

We encourage you to watch Three Loud Knocks whether you have children or not, and to allow the nostalgic style to transport you back to the lives of Darreners from days gone by. They may be no longer here, but the streets they walk and the buildings they frequented are the same ones as we do today… which is pretty magical when you stop and think about it.

Boyz On Block are headlining a weekend of festive cheer in Darwen!
15th November 2021